Animals must integrate large amounts of sensor information to orient movements, often in milliseconds, to survive.  Identical directives are faced by autonomous vehicles; particularly rapid assimilation of surroundings and real-time control.  Drawing upon biological studies of neural organization of the cockroach escape response, our laboratory has designed a biologically-inspired evasion/orientation reflex for autonomous vehicles, and tested it in application to autonomous aircraft.  Future work will involve biological studies on insects, as well as expanding system development to several platforms including manned and unmanned air vehicles, and autonomous ground vehicles.  In the longer term, this work is envisioned to provide a foundation for sets of reflexes for all manner of behavior for autonomous vehicles. 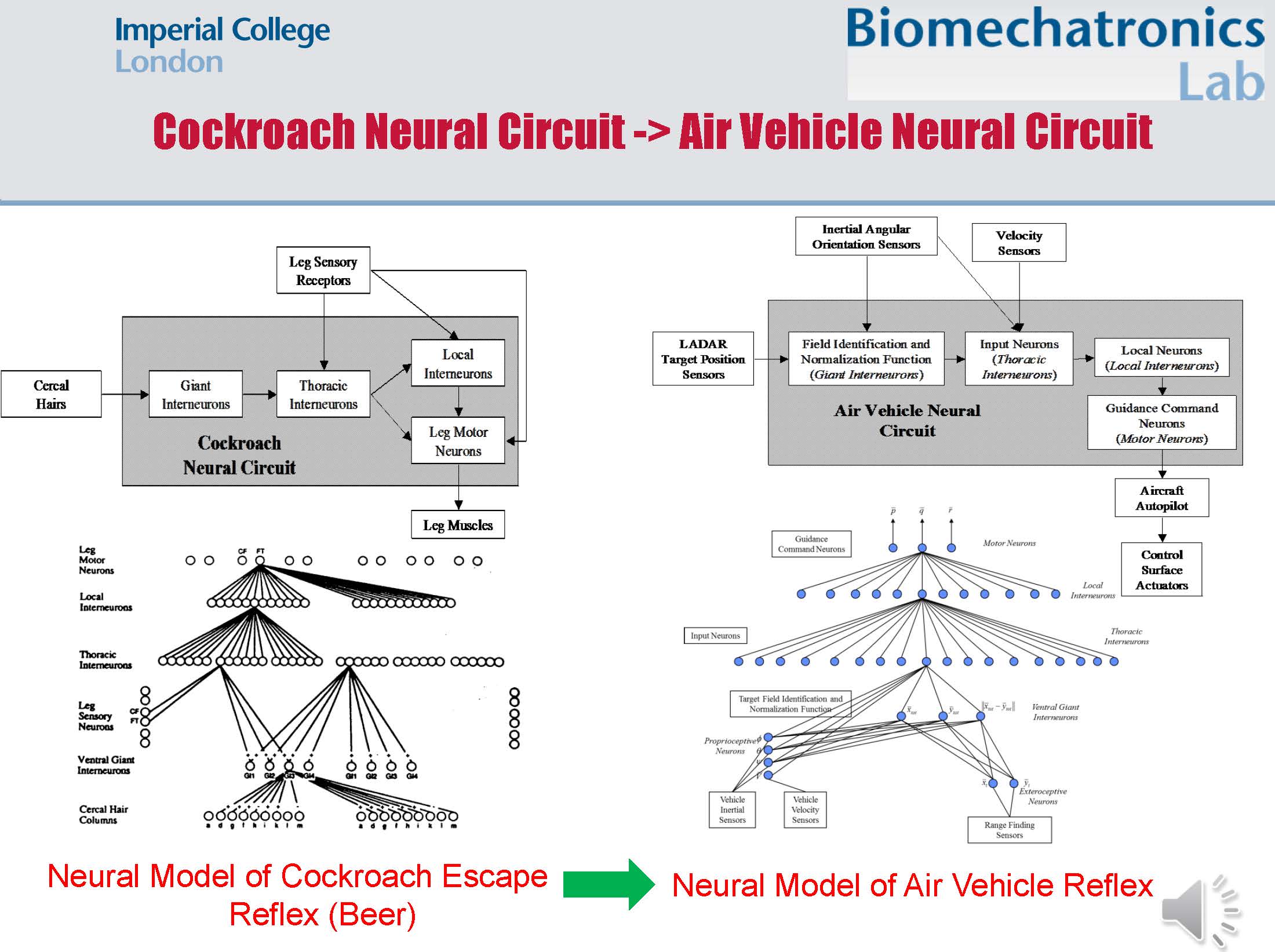