In May, Samuel Wilson was invited as a guest speaker to take part in the Alex Lewis Trust Lecture at Warminster School in Wiltshire.  The Trust is currently involved in fundraising to support the rehabilitation of quadruple amputee Alex Lewis as well as raising awareness of the advances in the field of prosthetic medicine and rehabilitation.

In Novemeber 2013, Alex was rushed to the ICU and Winchester Hospital. He had caught a Strep A, a common bacteria who\'s usual symptoms include a cough and a runny nose. With Alex, the infection took a different path, leading to Toxic Shock Syndrome and Necrotising fasciitis. Alex was given a 5% chance of surviving the first three days, but beat the odds. As Alex fought the infection, he became an upper limb triple amputee, had his right arm stripped of all flesh to remove the Necrotising fasciitis, and required skin grafts and facial reconstrution. Early into his rehab, Alex broke his right arm, which doctors found had been weakened

Alex is currently fundrasing for the Alex Lewis Trust, for whom he does everything from giving talks to skydiving. The trust is being used to help fund his rehabilitation, and with its continued success, Alex hopes to assist both the ward at Salisbury hospital, where a large amount of his treatment took place, and others who are affected by this rare condition.

If you would like to learn more about Alex and the work that the trust is doing, you can visit his website here.

As part of the talk, Samuel gave a presentation on the latest developments in creating customised forms of prosthetic control, a vital aspect of BioMechatronic prosthetics.  As part of the lecture, Samuel answered questions during the breaks and demonstrated a robotic hand that responds to sound signals from the biceps and triceps muscles, allowing members of the audience to try it out.

The evening was hugely successful, not only being part of an initiative that raised over £7000 for the Trust but one that established links with members of Warminster School, who now plan to work with the BioMechatronics Lab at Imperial College on a school robot and also with Alex Lewis himself.

Helping Hands at the Science Museum

On 1st and 2nd April, engineers from the BioMechatronics Lab presented their latest developments in advanced robotic control the Science Museum and visitors were able to see and interact with the cutting edge technology. Visitors to the museum were able to use Mechanomyography (the sounds generated through muscle movement) to control a number of effectors, such a prosthetic hand and a bike. Visitors were also able to test movement tracking technology, and test their boxing skills with the Cornerman project.

The Antennae Live Helping Hands event proved to be very popular, with a near constant stream of volunteers over the course of the two days. That people were able to complete the demonstrations with no training or calibration is continues to advance the belief that these devices could one day be used to help people recover from injuries, as well as create useful sporting gadgets. 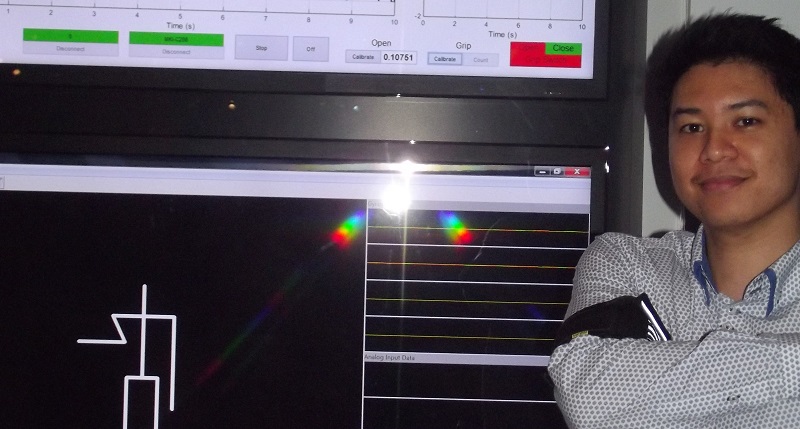 BBC Sport has just published a feature on the Corner Smart Boxing System, spun out of our laboratory by Biomechatronics student Charles Burr 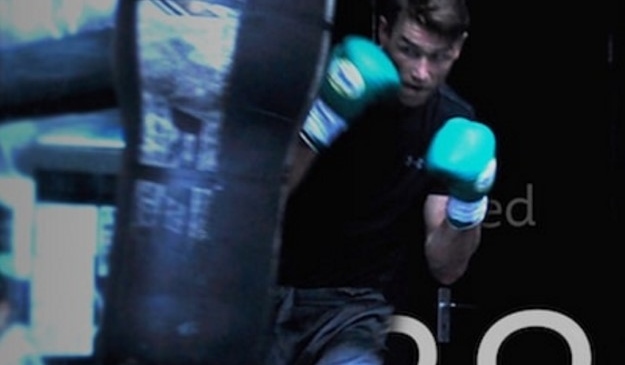